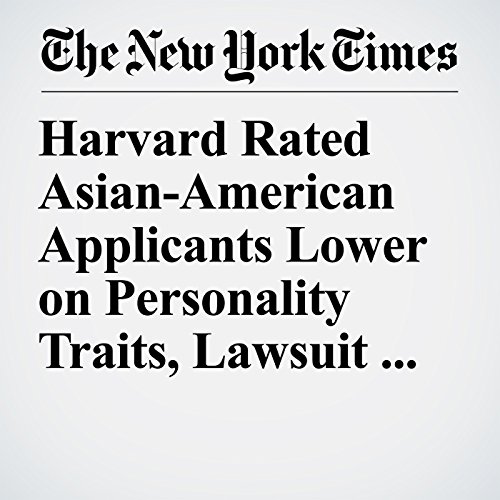 Harvard consistently rated Asian-American applicants lower than any other race on personal traits like “positive personality,” likability, courage, kindness and being “widely respected,” according to an analysis of more than 160,000 student records filed Friday in federal court in Boston by a group representing Asian-American students in a lawsuit against the university.

"Harvard Rated Asian-American Applicants Lower on Personality Traits, Lawsuit Says" is from the June 15, 2018 U.S. section of The New York Times. It was written by Anemona Hartocollis and narrated by Barbara Benjamin-Creel.