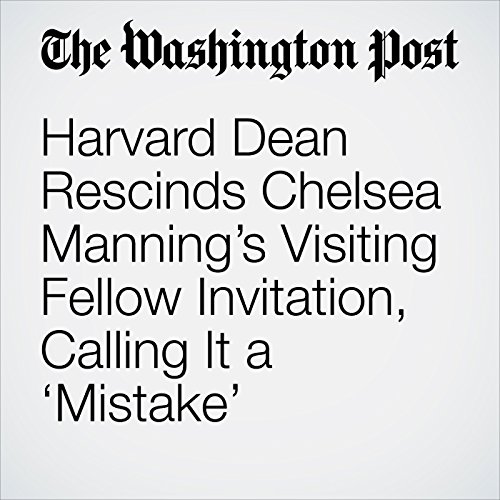 "Harvard Dean Rescinds Chelsea Manning’s Visiting Fellow Invitation, Calling It a ‘Mistake’" is from the September 15, 2017 National section of The Washington Post. It was written by Andrew deGrandpre and narrated by Jenny Hoops.