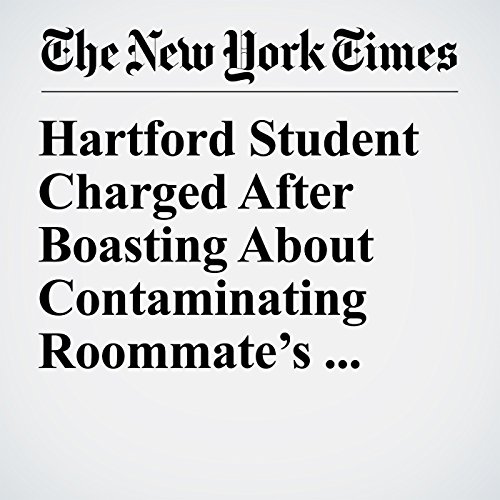 A student at the University of Hartford in Connecticut was charged with criminal mischief and expelled from school after boasting about having contaminated her roommate’s toothbrush, face lotion and other belongings in an effort to drive her from the room.

"Hartford Student Charged After Boasting About Contaminating Roommate’s Belongings" is from the November 01, 2017 U.S. section of The New York Times. It was written by Jonah Engel Bronwich and narrated by Kristi Burns.