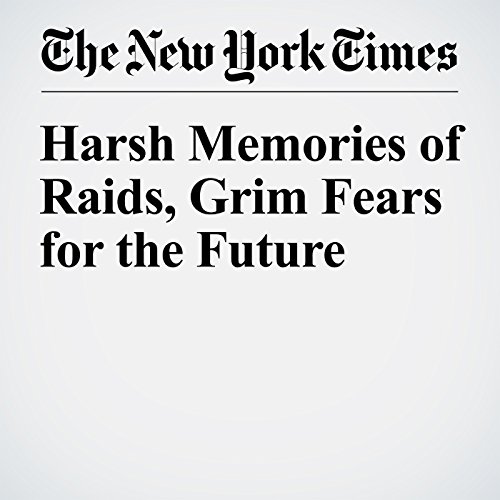 Harsh Memories of Raids, Grim Fears for the Future

Targeting workers for immigration-related offenses, such as using a forged or stolen Social Security number or driver’s license, produced a significant uptick in deportations under Bush. But the practice was widely criticized for splitting up families, gutting businesses that relied on immigrant labor and taking aim at people who went to work every day, rather than dangerous criminals.

"Harsh Memories of Raids, Grim Fears for the Future" is from the January 02, 2017 US section of The New York Times. It was written by Amy Chozick and narrated by Kristi Burns.