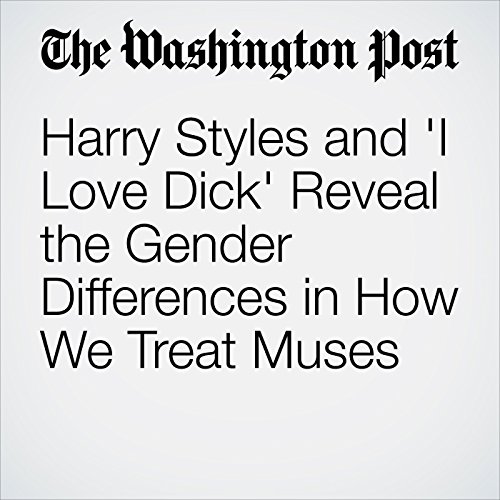 Late in the first season of the TV series “I Love Dick,” which director Jill Soloway adapted from Chris Kraus’s 1997 novel of the same name, two men have a drink and a conversation. The men are Sylvère, an academic married to a woman named Chris, and an artist named Dick, with whom Chris has become madly, feverishly and increasingly publicly obsessed. Chris has been writing letters to Dick and posting them all over their tiny town. Dick is miserable and furious.

"Harry Styles and 'I Love Dick' Reveal the Gender Differences in How We Treat Muses" is from The Washington Post, published on June 16, 2017.