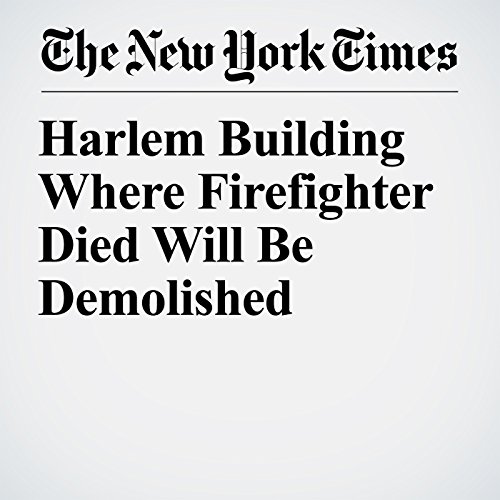 Harlem Building Where Firefighter Died Will Be Demolished

As mourners prepare to gather Tuesday to pay final respects to a New York City firefighter who died battling a fire in Harlem, officials said the cause of the blaze remains a mystery and that the fire-ravaged building must be torn down.

"Harlem Building Where Firefighter Died Will Be Demolished" is from the March 26, 2018 U.S. section of The New York Times. It was written by Ashley Southall and narrated by Keith Sellon-Wright.