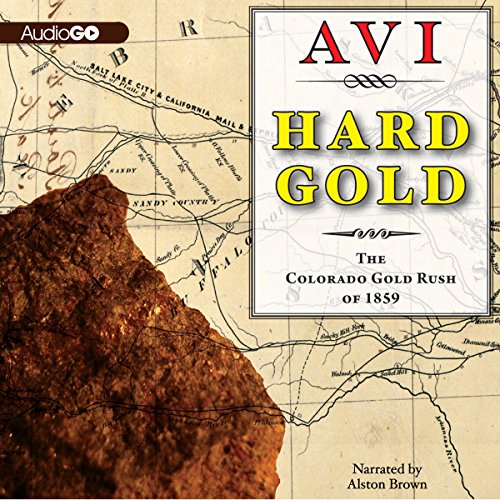 Early Whitcomb's family needs a miracle. Their Iowa farm has been in the family for generations, but a long drought has withered their savings and left them in debt - and in danger of foreclosure. Early's uncle, Jesse, thinks he has the solution: to head West and dig for gold. Fueled by reports of prospectors striking it rich in the Rocky Mountains, Jesse can't think about anything but gold. Early is wild to go with him, as much for the adventure as for the gold. But the journey costs money - more than the boys can afford - and when Jesse flees during the night, after being accused of a robbery, Early doesn't know what to believe. Then Jesse sends an electrifying message - that he has found gold, but his life is in danger - and Early knows he must do whatever it takes to find him. The journey is dangerous and full of hardships, and the closer the travelers get to their destination, the more ruined lives they encounter - lives consumed by the hunt for gold. Then to his horror, Early learns that Jesse has been accused of another, much bigger crime. Somehow, Early must get to him without leading Jesse's pursuers right to his door. And even if he succeeds, Early will still have to make the hardest choice of his life.

I really enjoyed the story and if you are interested in Pikes Peak, Denver and Boulder area it brings up the early days well.

Another great and suspenseful book by Avi<br />

Such a great book with an amazing climax to wait for. I very much recomend this book and other Avi books.

not much about Colorado gold.

there isn't much about Colorado gold in this story, didn't much care for the guy reading either.