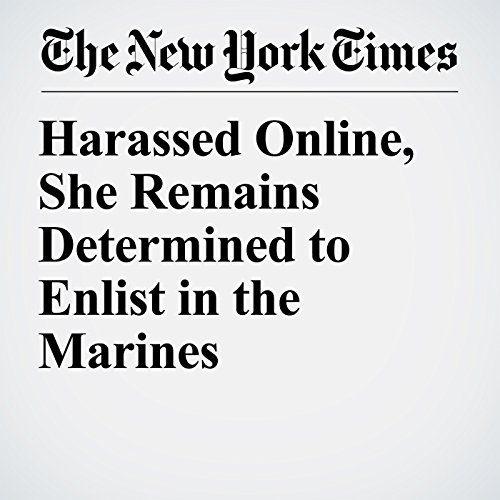 The trouble started months ago for Savannah Cunningham, who had long dreamed of becoming a Marine, when she was deluged with lewd messages online from men and learned that an all-male group of Marines was circulating a nude video of her on Facebook.

"Harassed Online, She Remains Determined to Enlist in the Marines" is from the March 14, 2017 U.S. section of The New York Times. It was written by Dave Philipps and narrated by Keith Sellon-Wright.