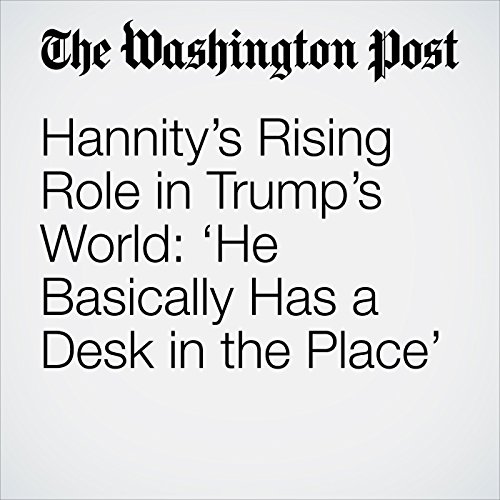 The phone calls between President Trump and Sean Hannity come early in the morning or late at night, after the Fox News host goes off the air. They discuss ideas for Hannity’s show, Trump’s frustration with the ongoing special counsel probe and even, at times, what the president should tweet, according to people familiar with the conversations. When he’s off the phone, Trump is known to cite Hannity when he talks with White House advisers.

"Hannity’s Rising Role in Trump’s World: ‘He Basically Has a Desk in the Place’" is from the April 17, 2018 Politics section of The Washington Post. It was written by Robert Costa, Sarah Ellison, Josh Dawsey and narrated by Sam Scholl.

Cosa pensano gli ascoltatori di Hannity’s Rising Role in Trump’s World: ‘He Basically Has a Desk in the Place’