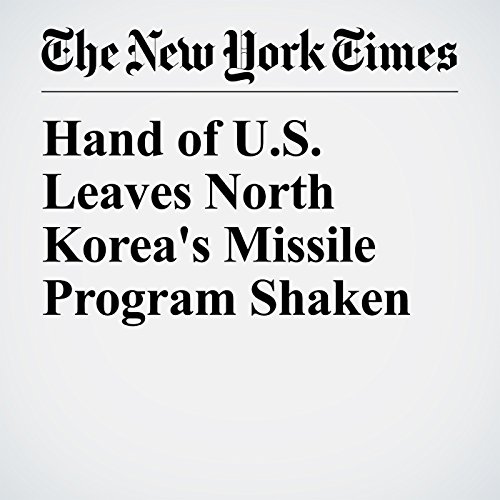 When a North Korean missile test went awry Sunday, blowing up seconds after liftoff, there were immediate suspicions that a U.S. program to sabotage the test flights had struck again. The odds seem highly likely: Eighty-eight percent of the launches of the North’s most threatening missiles have self-destructed since the covert American program was accelerated three years ago.

"Hand of U.S. Leaves North Korea's Missile Program Shaken" is from the April 19, 2017 World section of The New York Times. It was written by David E. Sanger and William J. Broad and narrated by Kristi Burns.