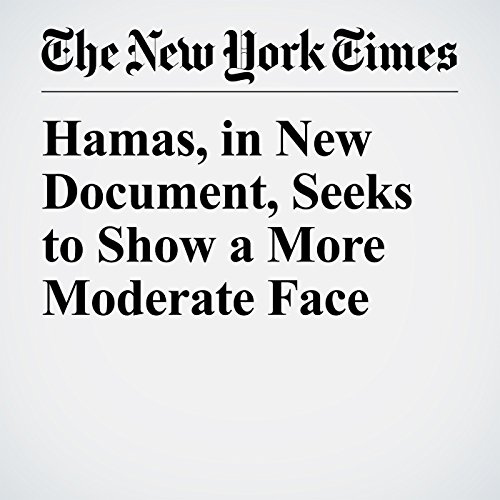 Hamas, the militant group that has long engaged in violent resistance against Israel, sought on Monday to present a more moderate public face with the impending release of a document that calls for closer ties to Egypt, waters down anti-Semitic language and accepts at least a provisional Palestinian state.

"Hamas, in New Document, Seeks to Show a More Moderate Face" is from the May 01, 2017 World section of The New York Times. It was written by Ian Fisher and narrated by Kristi Burns.