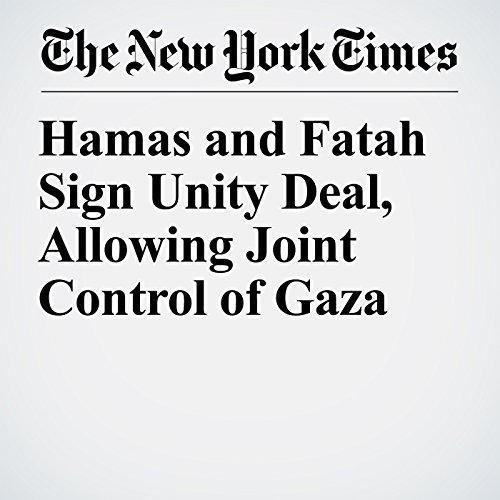 Hamas and Fatah signed a reconciliation deal in Cairo on Thursday that aims to end their decade-old rivalry, with provisions for a joint administration that will control Gaza’s borders, including a key crossing point with Egypt, but that leaves thornier issues unresolved.

"Hamas and Fatah Sign Unity Deal, Allowing Joint Control of Gaza" is from the October 12, 2017 World section of The New York Times. It was written by Declan Walsh and narrated by Kristi Burns.