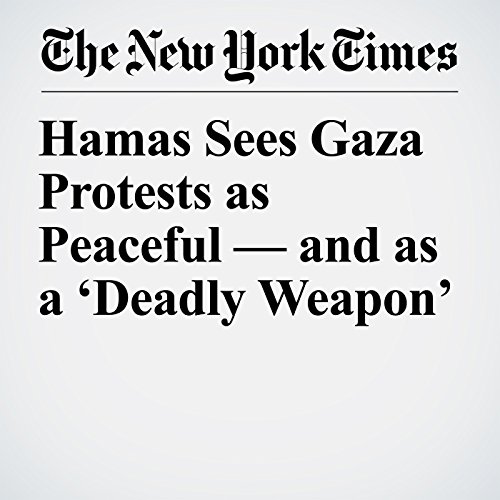 GAZA CITY, Gaza Strip — It was a striking tableau: Ismail Haniya, the political leader of Hamas, the Islamic militant group that has tried suicide bombs, rockets and attack tunnels in its long struggle with Israel, standing before portraits of the giants of nonviolent resistance — Mahatma Gandhi, Martin Luther King Jr. and Nelson Mandela.

"Hamas Sees Gaza Protests as Peaceful — and as a ‘Deadly Weapon’" is from the April 15, 2018 World section of The New York Times. It was written by David M. Halbfinger and narrated by Keith Sellon-Wright.