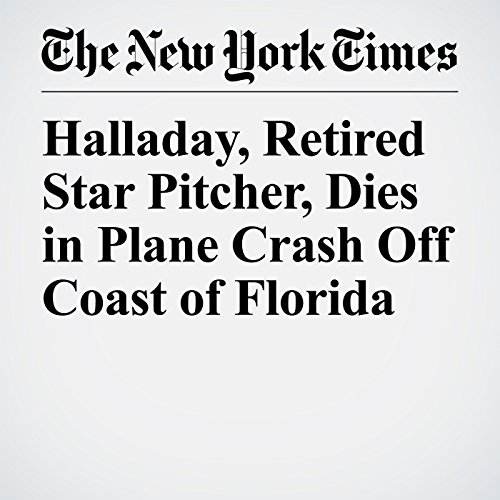 Roy Halladay, a retired pitcher who starred for the Toronto Blue Jays and the Philadelphia Phillies, died on Tuesday when his plane crashed in the Gulf of Mexico off the coast of Florida. He was 40.

"Halladay, Retired Star Pitcher, Dies in Plane Crash Off Coast of Florida" is from the November 07, 2017 Sports section of The New York Times. It was written by Benjamin Hoffman and narrated by Keith Sellon-Wright.