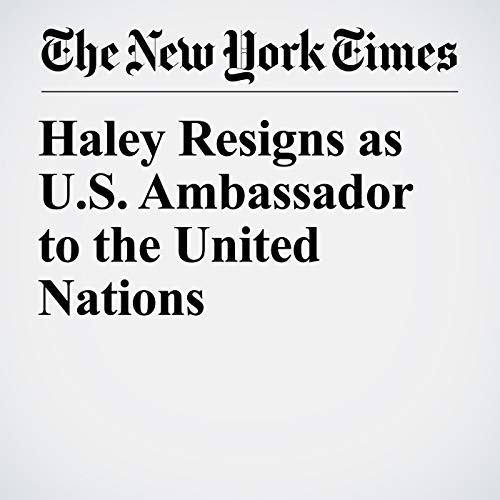 President Donald Trump’s ambassador to the United Nations, Nikki Haley, has resigned, before what Trump promised on Twitter on Tuesday was a “big announcement” with Haley at the White House.

"Haley Resigns as U.S. Ambassador to the United Nations" is from the October 09, 2018 U.S. section of The New York Times. It was written by Maggie Haberman and narrated by Keith Sellon-Wright.