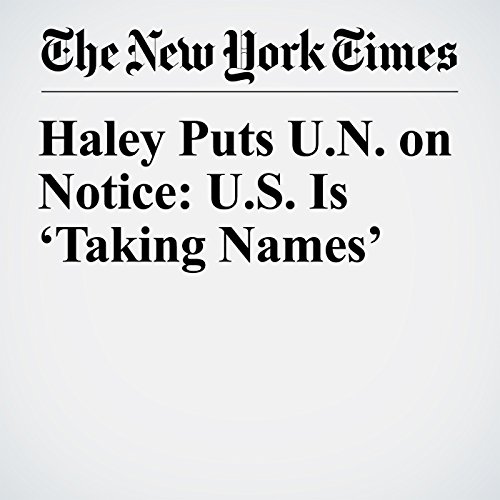 Issuing a stark warning to allies and rivals abroad, the incoming ambassador to the United Nations, Nikki R. Haley, said Friday that the Trump administration would project “strength” and hold accountable those who do not back the United States.

"Haley Puts U.N. on Notice: U.S. Is ‘Taking Names’" is from the January 27, 2017 World section of The New York Times. It was written by Somini Sengupta and narrated by Barbara Benjamin-Creel.