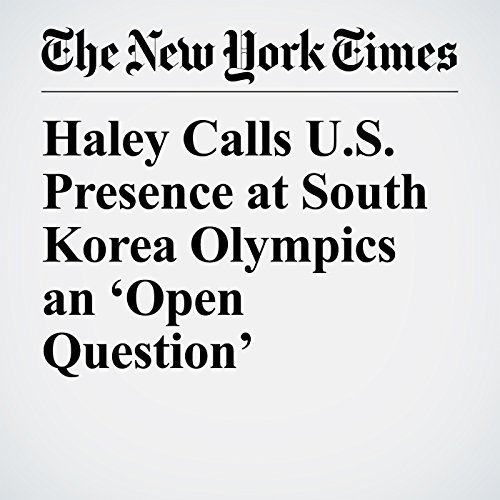 The U.S. envoy to the United Nations, Nikki Haley, said Wednesday that it was an “open question” whether U.S. athletes would be able to attend the Olympics in South Korea in February given the tensions on the Korean Peninsula.

"Haley Calls U.S. Presence at South Korea Olympics an ‘Open Question’" is from the December 07, 2017 World section of The New York Times. It was written by Gerry Mullany and narrated by Keith Sellon-Wright.