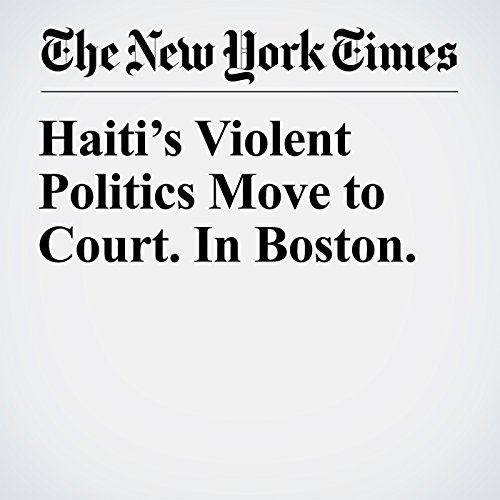 A mysterious death, a decade-old murder and a human rights lawsuit in federal court in Boston are casting a light on the patronage politics of Haiti and its culture of impunity.

"Haiti’s Violent Politics Move to Court. In Boston." is from the April 01, 2017 World section of The New York Times. It was written by Frances Robles and narrated by Fleet Cooper.