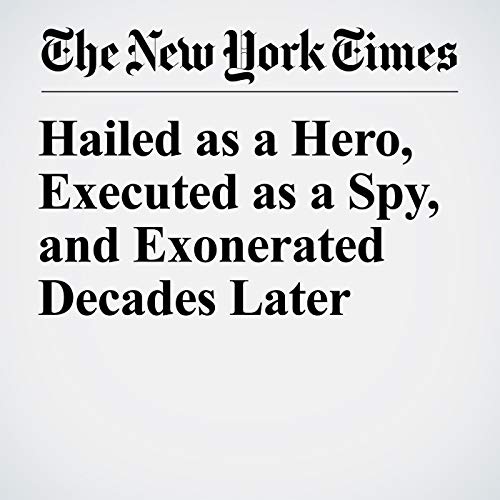 SEOUL, South Korea — Amid the more than 30,000 defections to South Korea from North Korea, Lee Soo-keun’s stands out as one of the most sensational and tragic.

"Hailed as a Hero, Executed as a Spy, and Exonerated Decades Later" is from the October 15, 2018 World section of The New York Times. It was written by Choe Sang Hun and narrated by Keith Sellon-Wright.