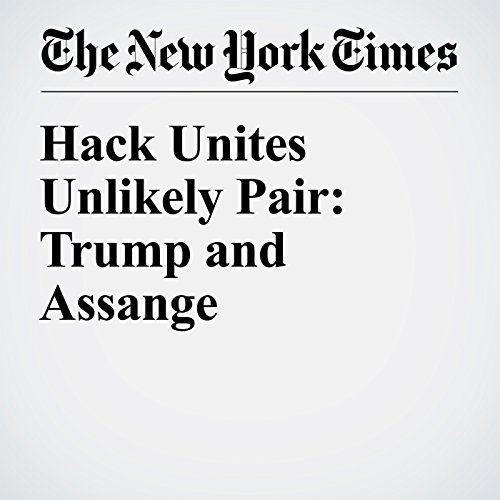 Just a year ago, they might have seemed the oddest of couples. But now President-elect Donald Trump and Julian Assange, the WikiLeaks founder, have formed a united front against the conclusion of U.S. intelligence agencies that Russian intelligence used hacked emails to interfere in the presidential election.

""Hack Unites Unlikely Pair: Trump and Assange" is from the January 04, 2017 World section of The New York Times. It was written by Scott Shane and narrated by Kristi Burns.