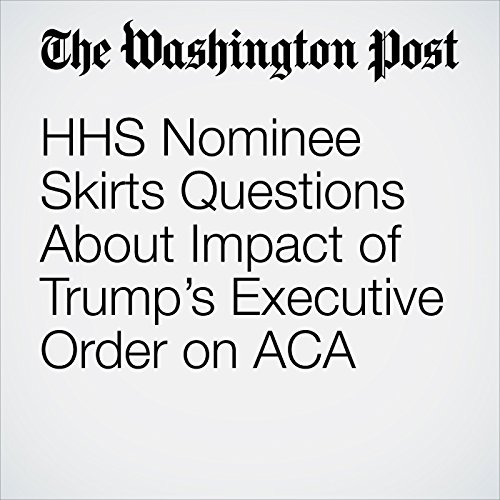 Rep. Tom Price (R-Ga.), President Trump’s choice to lead the Health and Human Services Department, would not commit during his confirmation hearing on Tuesday that no Americans will be worse off under the president’s executive order to ease rules under the Affordable Care Act.

"HHS Nominee Skirts Questions About Impact of Trump’s Executive Order on ACA" is from the January 24, 2017 Politics section of The Washington Post. It was written by Amy Goldstein and Juliet Eilperin and narrated by Sam Scholl.