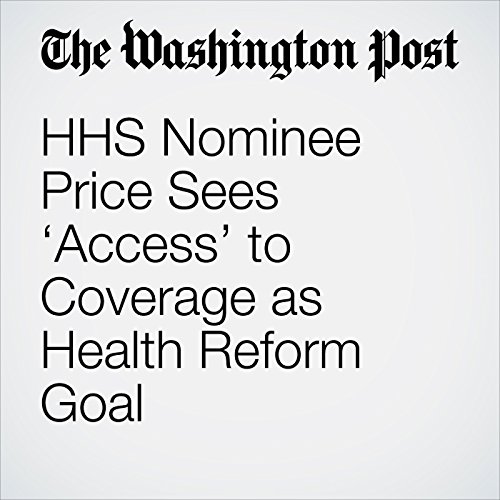 Rep. Tom Price (R-Ga.), President-elect Donald Trump’s choice to head the Department of Health and Human Services and one of Congress’s most vehement critics of the Affordable Care Act, told senators on Wednesday that “it is absolutely imperative” for the government to ensure that all Americans “have the opportunity to gain access” to insurance coverage — a more modest goal than the incoming president has set forth in recent days.

"HHS Nominee Price Sees ‘Access’ to Coverage as Health Reform Goal" is from the January 18, 2017 Politics section of The Washington Post. It was written by Juliet Eilperin and Amy Goldstein and narrated by Sam Scholl.