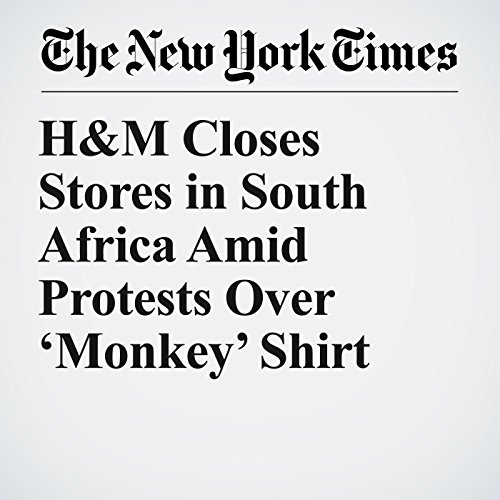 Swedish clothing company H&M temporarily closed several stores in South Africa on Saturday after protests erupted over an image in its online store that critics said was racist.

"H&M Closes Stores in South Africa Amid Protests Over ‘Monkey’ Shirt" is from the January 13, 2018 World section of The New York Times. It was written by Jacey Fortin and narrated by Keith Sellon-Wright.