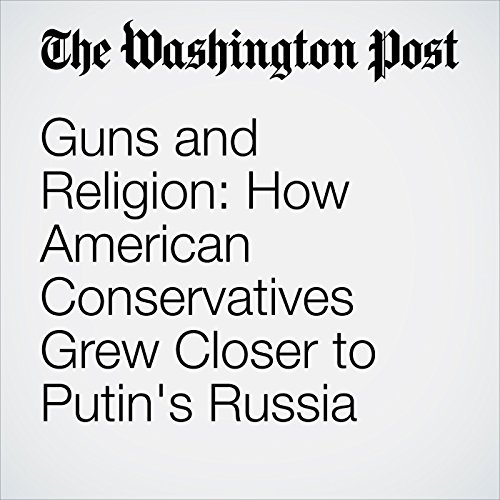 On issues including gun rights, terrorism and same-sex marriage, many leading advocates on the right who grew frustrated with their country’s leftward tilt under President Barack Obama have forged ties with well-connected Russians and come to see that country’s authoritarian leader, Vladimir Putin, as a potential ally.

"Guns and Religion: How American Conservatives Grew Closer to Putin's Russia" is from the April 30, 2017 Politics section of The Washington Post. It was written by Rosalind S. Helderman and Tom Hamburger and narrated by Sam Scholl.