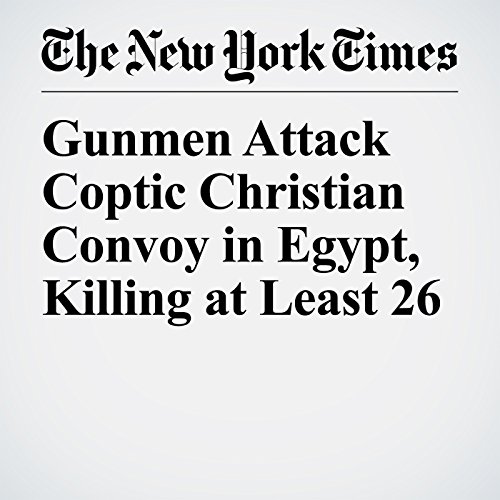 "Gunmen Attack Coptic Christian Convoy in Egypt, Killing at Least 26" is from the May 26, 2017 World section of The New York Times. It was written by Declan Walsh and Nour Youssef and narrated by Mike DelGaudio.