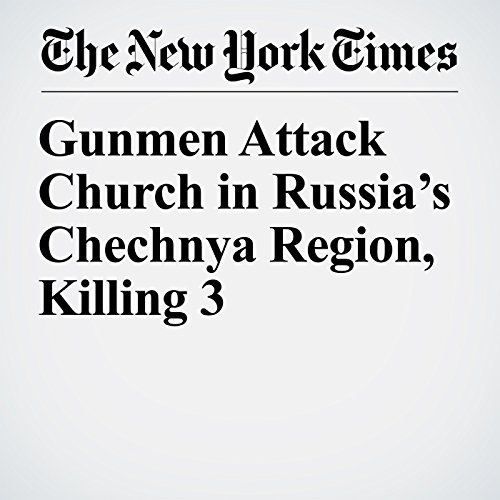 MOSCOW — Four gunmen stormed a church in Russia’s predominantly Muslim region of Chechnya on Saturday, killing at least one churchgoer and two police officers, according to authorities.

"Gunmen Attack Church in Russia’s Chechnya Region, Killing 3" is from the May 19, 2018 World section of The New York Times. It was written by Ivan Nechepurenko and Megan Specia and narrated by Kristi Burns.