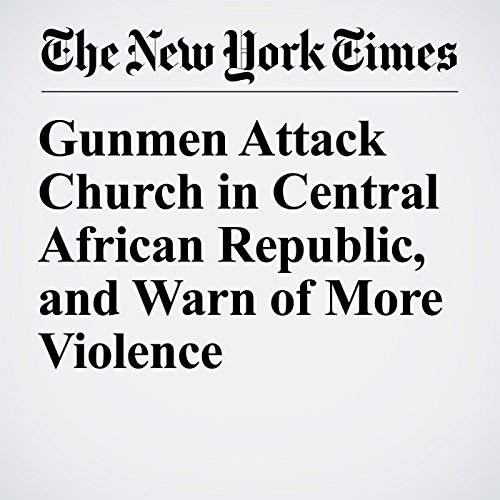 NAIROBI, Kenya — Former members of a Muslim militia killed at least 16 people in an attack on a church in the Central African Republic, raising fears that ongoing violence could return to the capital city.

"Gunmen Attack Church in Central African Republic, and Warn of More Violence" is from the May 02, 2018 World section of The New York Times. It was written by Jina Moore and narrated by Kristi Burns.