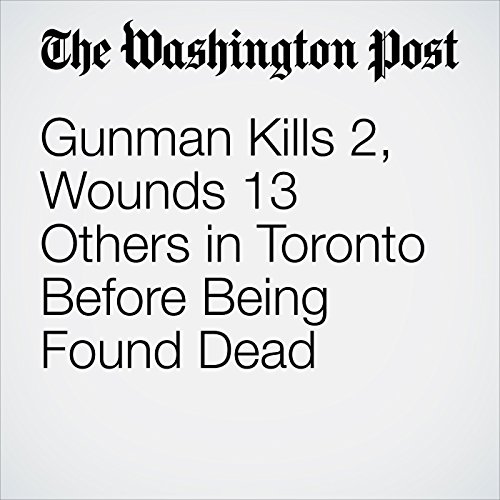 A black-clad gunman opened fire in a busy neighborhood of Toronto on Sunday night, killing at least two people and wounding 13 others before he was found dead following an “exchange of gunfire” with police, authorities said.

"Gunman Kills 2, Wounds 13 Others in Toronto Before Being Found Dead" is from the July 23, 2018 World section of The Washington Post. It was written by Kyle Swenson and Alex Horton and narrated by Sam Scholl.