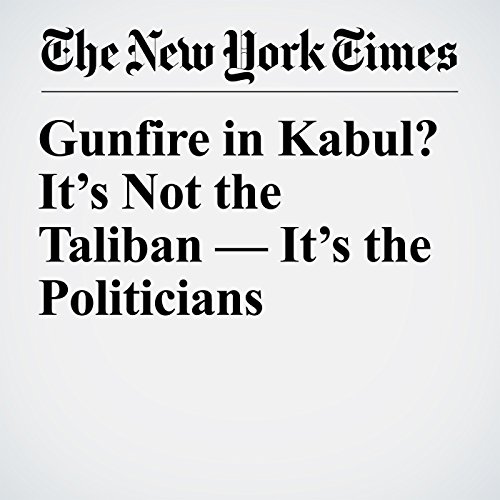 Gunfire in Kabul? It’s Not the Taliban — It’s the Politicians

Kabulis are all too familiar with the spectacle of powerful political figures charging around town and running roughshod over those who get in their way, even police officers. In fact, attacks on the Kabul police are far more common from such politicians than from the Taliban, though the insurgents’ attacks are typically more deadly.

"Gunfire in Kabul? It’s Not the Taliban — It’s the Politicians" is from the March 19, 2017 World section of The New York Times. It was written by Rod Nordland and Jawad Sukhanyar and narrated by Caroline Miller.