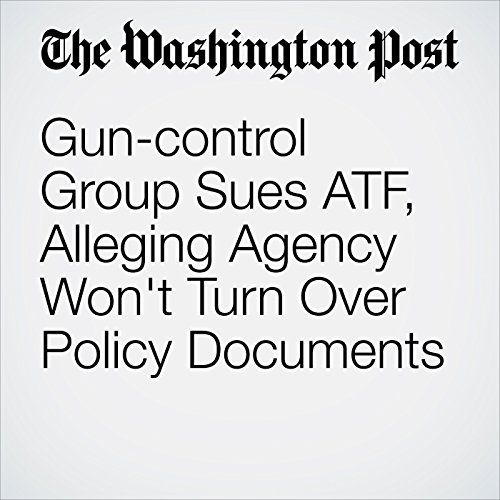 A gun-control group led by former congresswoman Gabrielle Giffords has sued the Trump administration, alleging it has failed to turn over documents that could show how the gun lobby is influencing the administration’s firearms policy.

"Gun-control Group Sues ATF, Alleging Agency Won't Turn Over Policy Documents" is from the November 10, 2017 U.S. section of The Washington Post. It was written by Katie Zezima and narrated by Jenny Hoops.