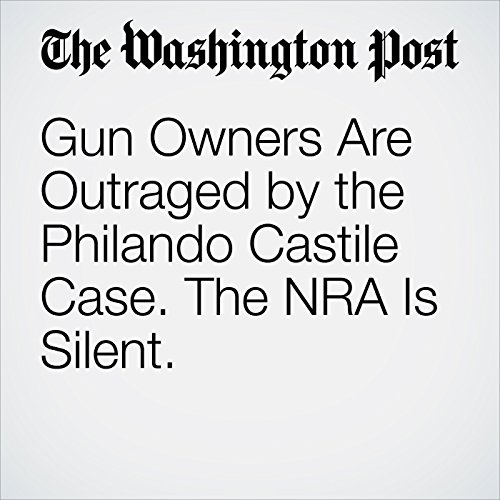 Amid the national fury over the death of Philando Castile at a traffic stop in July — a shooting made more horrific by his girlfriend’s Facebook Live broadcast of his final moments — some condemned the National Rifle Association’s near silence on the matter.

"Gun Owners Are Outraged by the Philando Castile Case. The NRA Is Silent." is from the June 21, 2017 Post Nation section of The Washington Post. It was written by Avi Selk and narrated by Sam Scholl.