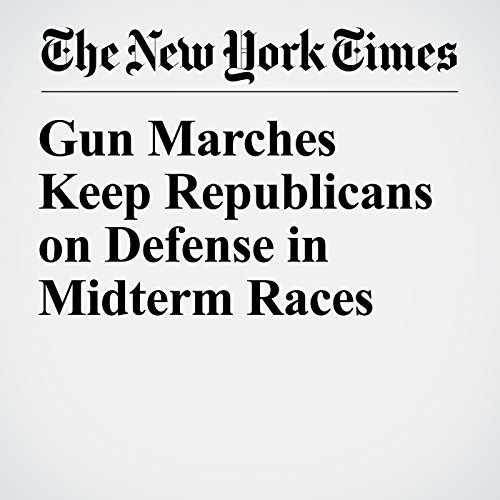 The passionate gun control rallies Saturday that brought out large crowds around the country sent a vivid signal that the issue is likely to play a major role in the 2018 midterm elections, and that Republicans could find themselves largely on the defensive on gun issues for the first time in decades.

"Gun Marches Keep Republicans on Defense in Midterm Races" is from the March 25, 2018 U.S. section of The New York Times. It was written by Alexander Burns and Jonathan Martin and narrated by Fleet Cooper.