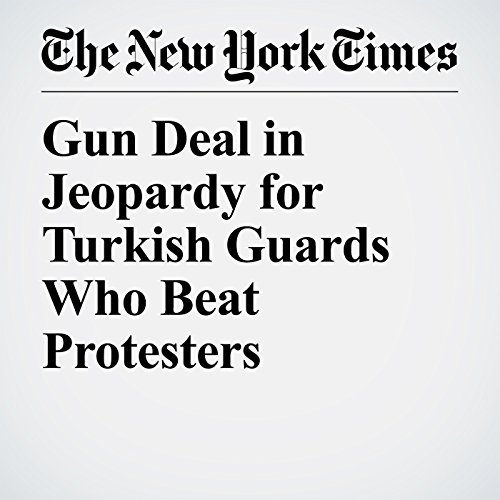 Gun Deal in Jeopardy for Turkish Guards Who Beat Protesters

The day before armed guards from the Turkish president’s security detail violently attacked a group of peaceful protesters here last month, the State Department notified Congress of its intention to license the sale of $1.2 million worth of semiautomatic handguns to the security force.

"Gun Deal in Jeopardy for Turkish Guards Who Beat Protesters" is from the June 01, 2017 U.S. section of The New York Times. It was written by Nicholas Fandos and narrated by Kristi Burns.