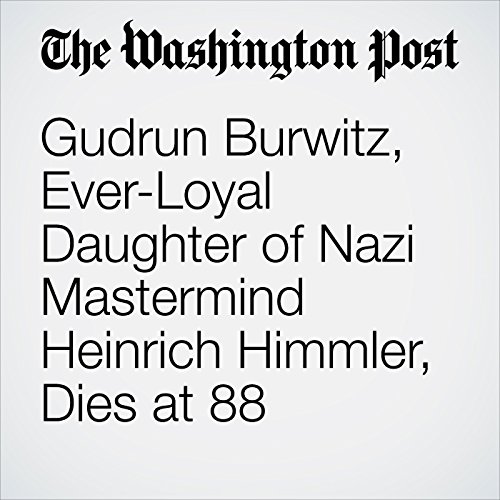 Gudrun Burwitz, the true-believing daughter of Heinrich Himmler, the architect of the Holocaust and Nazi Germany’s highest-ranking official after Adolf Hitler, died May 24 in or near Munich. She was 88.

"Gudrun Burwitz, Ever-Loyal Daughter of Nazi Mastermind Heinrich Himmler, Dies at 88" is from the June 30, 2018 World section of The Washington Post. It was written by Matt Schudel and narrated by Sam Scholl.