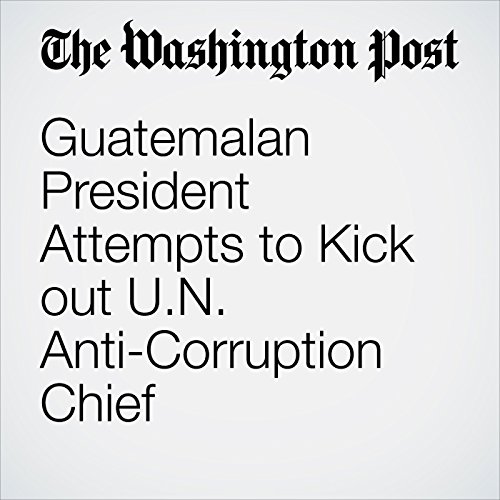 Guatemalan President Jimmy Morales ordered the expulsion of the head of a United Nations-backed anti-corruption group on Sunday morning, attacking an organization whose rigorous investigations have put a former president behind bars and whose attention has now shifted towards alleged campaign finance violations by Morales himself.

"Guatemalan President Attempts to Kick out U.N. Anti-Corruption Chief" is from the August 27, 2017 The Americas section of The Washington Post. It was written by Joshua Partlow and narrated by Sam Scholl.