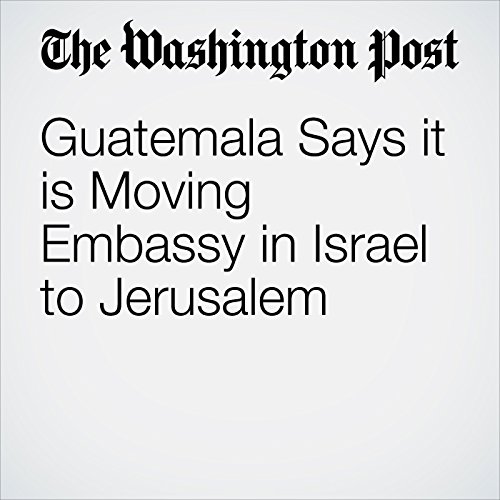 Guatemala’s president announced on Christmas Eve that the Central American country will move its embassy in Israel to Jerusalem, becoming the first nation to follow the lead of U.S. President Donald Trump in ordering the change.

"Guatemala Says it is Moving Embassy in Israel to Jerusalem" is from the December 24, 2017 World section of The Washington Post. It was written by Associated Press and narrated by Sam Scholl.