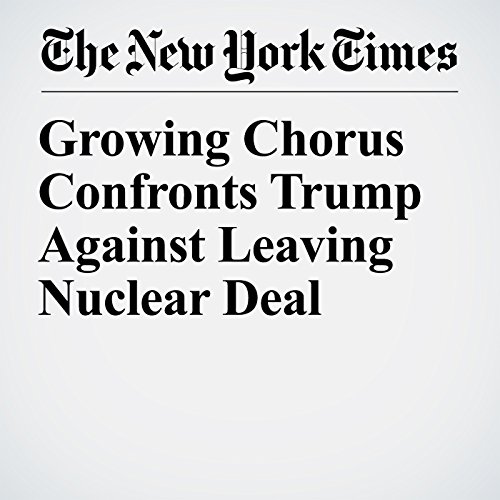 President Donald Trump is coming under mounting pressure from European allies and fellow Republicans to preserve the Iran nuclear deal. With the president widely expected to disavow the agreement when he outlines his Iran strategy on Friday, defenders and even erstwhile opponents of the deal are urging him not to unravel it completely.

"Growing Chorus Confronts Trump Against Leaving Nuclear Deal" is from the October 11, 2017 World section of The New York Times. It was written by Mark Landler and Nicholas Fandos and narrated by Kristi Burns.