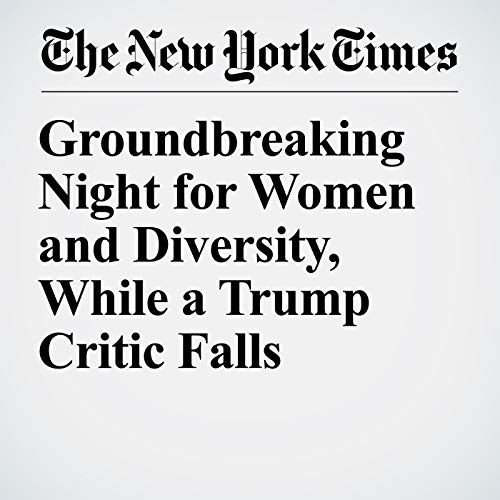 HARTLAND, Wis.— Former Gov. Tim Pawlenty of Minnesota was soundly defeated Tuesday in his bid to reclaim the Republican nomination for governor, a remarkable upset that demonstrated President Donald Trump’s tightening grip on his party and the difficulty those who have criticized him in the past are facing with today’s primary voters.

"Groundbreaking Night for Women and Diversity, While a Trump Critic Falls" is from the August 15, 2018 U.S. section of The New York Times. It was written by Jeremy W. Peters and Jonathan Martin and narrated by Keith Sellon-Wright.