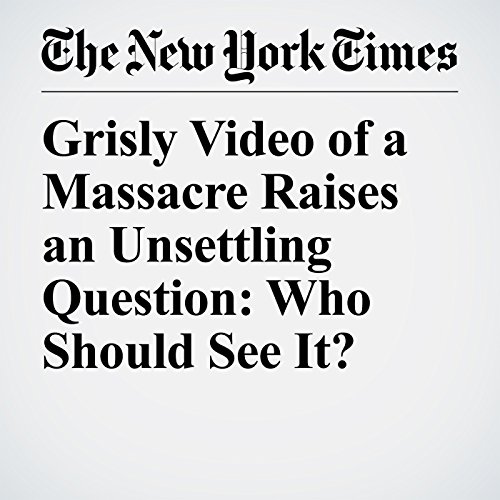 The scene captured by video is almost too terrible to imagine, much less contemplate watching: seven minutes of gunfire as a black-clad gunman executes his victims — many of them small children — inside the First Baptist Church here. Lock the video up forever, some Texas residents and former law enforcement officials say. Better yet, destroy it.

"Grisly Video of a Massacre Raises an Unsettling Question: Who Should See It?" is from the November 09, 2017 U.S. section of The New York Times. It was written by Alan Blinder, David Montgomery and Jack Healy and narrated by Barbara Benjamin-Creel.

Cosa pensano gli ascoltatori di Grisly Video of a Massacre Raises an Unsettling Question: Who Should See It?