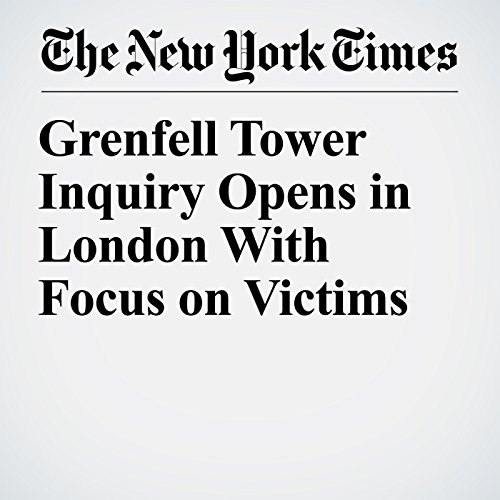 LONDON — It was harrowing for those who listened, but infinitely worse for those whose narrative of loss had been woven into their days and nights since the Grenfell Tower fire took dozens of lives and built voids in the hearts of the survivors.

"Grenfell Tower Inquiry Opens in London With Focus on Victims" is from the May 21, 2018 World section of The New York Times. It was written by Alan Cowell and narrated by Kristi Burns.