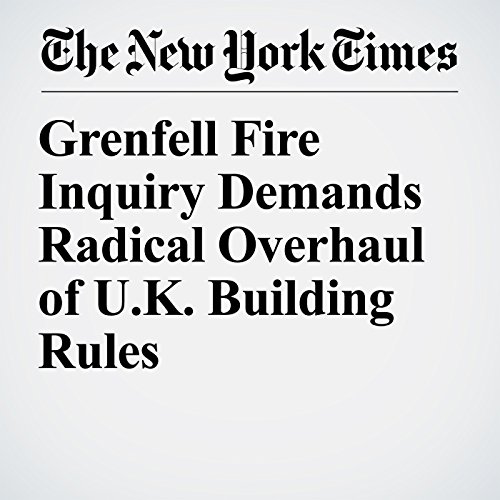 LONDON — Britain’s building safety systems are a lax and confused mess in need of a major overhaul and much tougher enforcement, an investigator commissioned after the Grenfell Tower disaster reported Thursday, but she did not recommend banning all flammable facades, a critical factor in that fire.

"Grenfell Fire Inquiry Demands Radical Overhaul of U.K. Building Rules" is from the May 17, 2018 World section of The New York Times. It was written by Richard Pérez Peña and narrated by Caroline Miller.