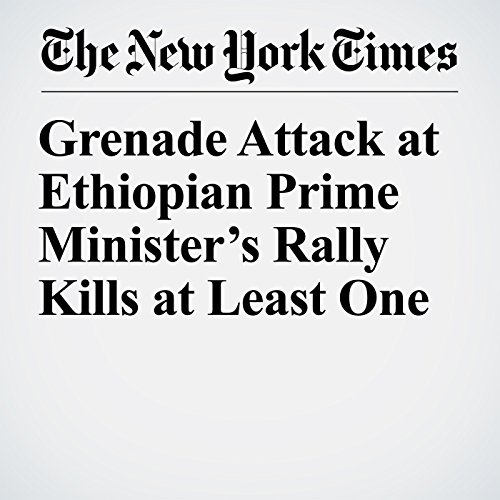 ADDIS ABABA, Ethiopia — An attacker dressed in a police uniform tossed a grenade at a rally for Ethiopia’s new prime minister Saturday, killing at least one person and setting off a stampede as panicked people rushed to safety, according to officials, witnesses and the state broadcaster.

"Grenade Attack at Ethiopian Prime Minister’s Rally Kills at Least One" is from the June 23, 2018 World section of The New York Times. It was written by Hadra Ahmed and narrated by Kristi Burns.