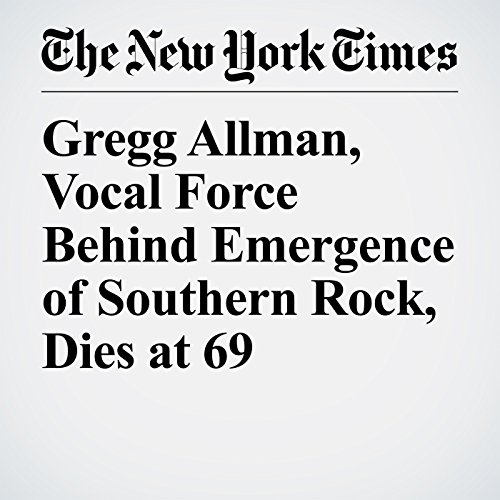 Gregg Allman, a founding member of the Allman Brothers Band, the incendiary group that inspired and gave shape to both the Southern rock and jam-band movements, died Saturday at his home in Savannah, Georgia. He was 69.

"Gregg Allman, Vocal Force Behind Emergence of Southern Rock, Dies at 69" is from the May 27, 2017 National section of The New York Times. It was written by Bil Friskics-Warren and narrated by Kristi Burns.