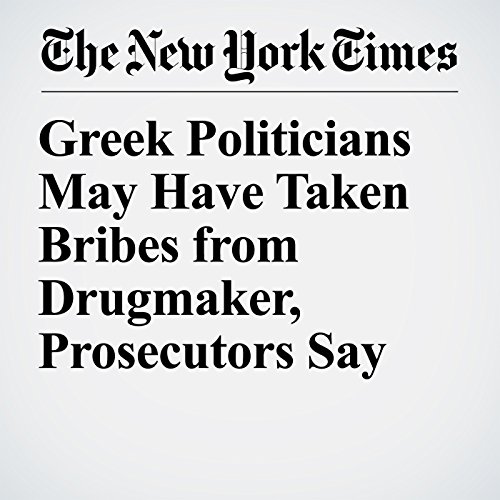 A report from Greek prosecutors has found that 10 high-profile politicians, including two former prime ministers and a top European Union official, may be linked to bribery accusations involving a Swiss drug manufacturer.

"Greek Politicians May Have Taken Bribes from Drugmaker, Prosecutors Say" is from the February 09, 2018 World section of The New York Times. It was written by Niki Kitsantonis and narrated by Mike DelGaudio.