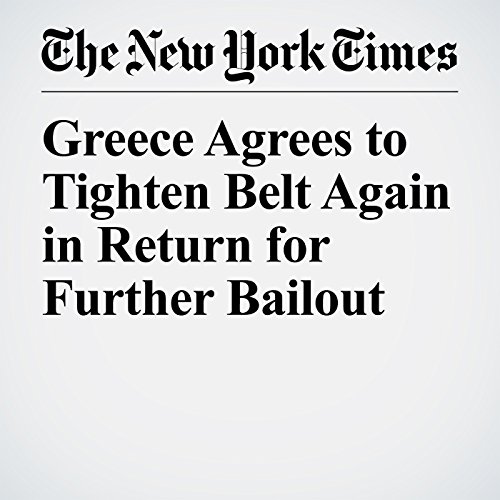 Greece and its international creditors said Tuesday that they had reached a preliminary deal allowing the country to receive crucial bailout payments in exchange for promises to raise taxes and to further cut pensions and social spending.

"Greece Agrees to Tighten Belt Again in Return for Further Bailout" is from the May 02, 2017 World section of The New York Times. It was written by Niki Kitsantonis and narrated by Keith Sellon-Wright.