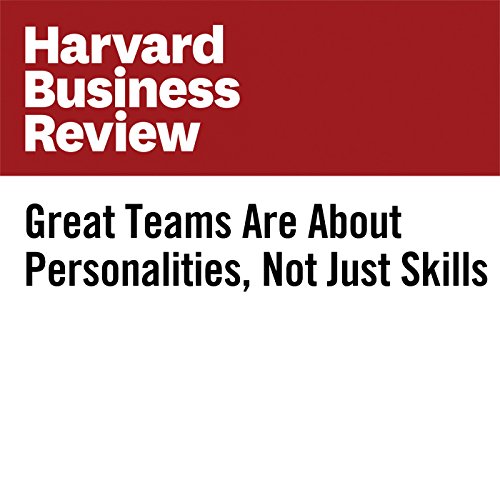 Great Teams Are About Personalities, Not Just Skills

At the start of 2016 Google announced that it had discovered the secret ingredients for the perfect team. After years of analyzing interviews and data from more than 100 teams, it found that the drivers of effective team performance are the group’s average level of emotional intelligence and a high degree of communication between members. Google’s recipe of being nice and joining in makes perfect sense (and is hardly counterintuitive).

"Great Teams Are About Personalities, Not Just Skills" is from hbr.org, published on January 25, 2017.