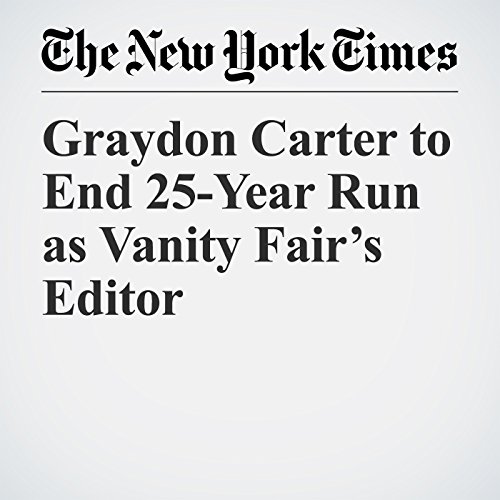 Graydon Carter, the editor of Vanity Fair, plans to step down from the magazine in December after a 25-year tenure, leaving the role that established him as a ringmaster of the glittery spheres of Hollywood, Washington and New York media.

"Graydon Carter to End 25-Year Run as Vanity Fair’s Editor" is from the September 07, 2017 Business section of The New York Times. It was written by Michael M. Grynbaum and narrated by Keith Sellon-Wright.