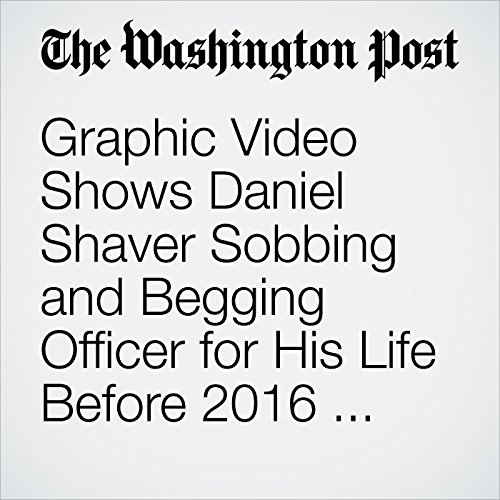 After the officer involved was acquitted of second-degree murder charges, officials in Arizona released graphic video showing Daniel Shaver crawling on his hands and knees and begging for his life in the moments before he was shot and killed by police in January 2016.

"Graphic Video Shows Daniel Shaver Sobbing and Begging Officer for His Life Before 2016 Shooting" is from the December 08, 2017 National section of The Washington Post. It was written by Wesley Lowery and narrated by Jenny Hoops.