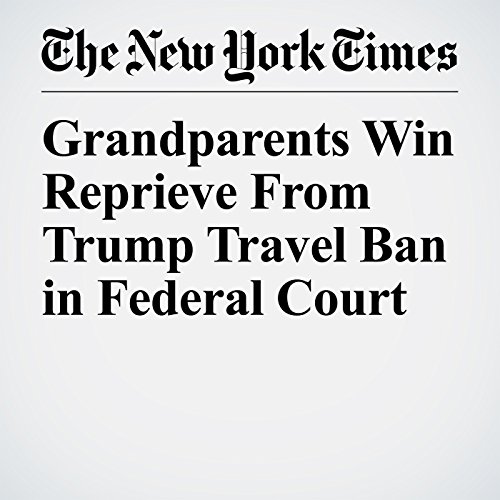 A federal judge in Hawaii ruled late Thursday that the Trump administration’s temporary ban on travelers from six predominantly Muslim countries and on refugees should not prevent grandparents and other close relatives of residents from entering the United States.

"Grandparents Win Reprieve From Trump Travel Ban in Federal Court" is from the July 14, 2017 U.S. section of The New York Times. It was written by Miriam Jordan and narrated by Barbara Benjamin-Creel.