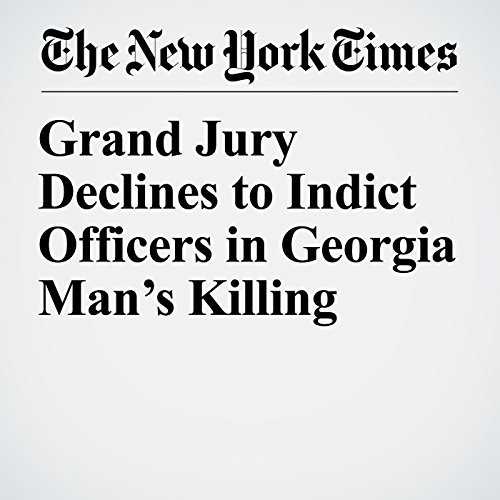 The law enforcement officers involved in the shooting death of a black man in Savannah, Georgia, in January will not face state criminal charges, a grand jury said in a report Wednesday. But it noted that the U.S. Justice Department last week opened an investigation into the circumstances surrounding the death.

"Grand Jury Declines to Indict Officers in Georgia Man’s Killing" is from the May 24, 2018 U.S. section of The New York Times. It was written by Jacey Fortin and narrated by Keith Sellon-Wright.